COVID-19 and the Ongoing Race for a Vaccine 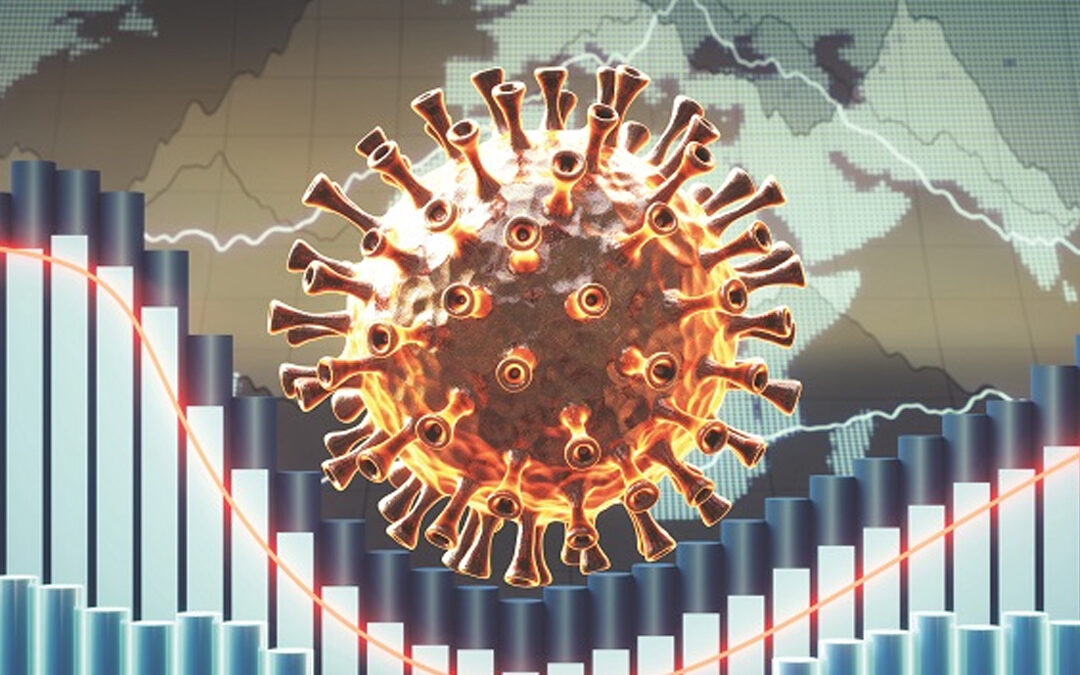 Though the fatality rate has declined, “we will likely continue to see surges in cases … until we reach herd immunity through infection or a vaccine,” says Healthcare Policy Analyst Chris Meekins.

COVID-19 has wreaked havoc on both physical and economic health in the United States. For those who have lost loved ones, the pain is very personal and real. Many of those individuals may feel as though government leaders have failed them. For those who have lost jobs as a result of the shutdowns and those who are struggling to pay for a roof over their heads or food for their families, the pain is very personal and real as well. Unlike many prior crises, the nation has not become unified in combating this crisis. Politicians have taken very different approaches and we are seeing views on how to combat the virus fall along party lines. These divisions will likely continue to hinder our ability as a nation to most effectively combat this crisis.

Conditions are improving, but the crisis remains

With over 7.5 million identified cases, over 200,000 identified deaths, and likely many more asymptomatic or other­wise undocumented cases, we have shown a capacity to flatten the curve as a country. We have also seen what can happen when miti­gation measures are ignored, with the secondary outbreaks in places like Arizona, Florida, and Texas that are just now getting back under control. The reality remains that as mitigation mea­sures are loosened – when people stop wearing masks and start congregating in large gatherings – we will likely continue to see surges in cases in different states and regions until we reach herd immunity through infection or a vaccine. Public health leaders will have to continue to play ‘Whack-a-Mole’ as new hot spots emerge. 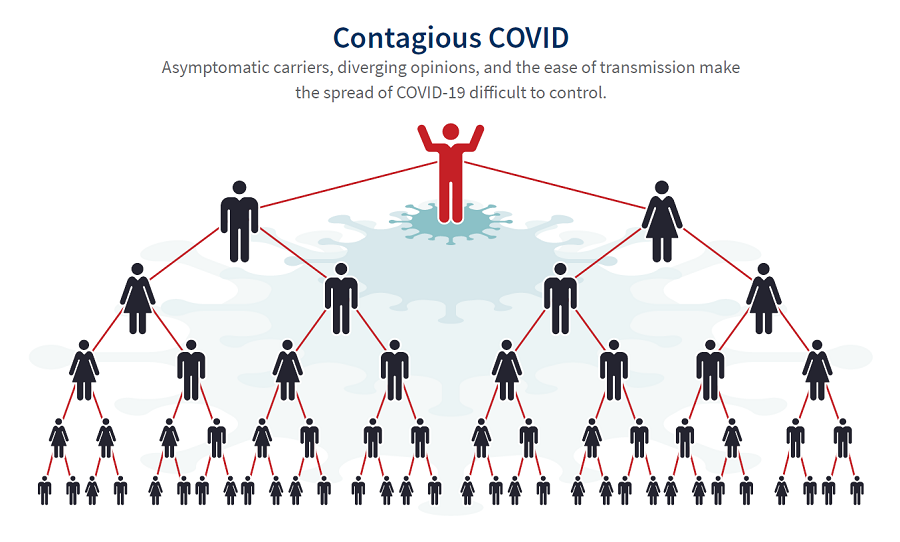 We have seen notable improvements in the fatality rate from the virus as time has passed. This is likely a result of doing a better job protecting those most vulnerable (such as those in nursing homes) and improvements in care protocols for those who are hospitalized. As time passes with every disease, improvements occur in the way individuals are treated as great scientific under­standing is achieved. Some treatments, like convalescent plasma, are showing promise, but we still do not have a ‘cure’ for the virus.

After struggling in the early days with testing, the U.S. has now com­pleted nearly 100 million tests. New advancements in rapid tests have the potential to dramatically increase testing levels yet again. If these tests become broadly available, we could see increases in the comfort level of individuals to fly, attend large gatherings, and participate in other public group activities.

The decision of whether to open schools, remain entirely vir­tual, or some hybrid approach during the school year is one of the most challenging and divisive for those influencing the deci­sions. This decision is particularly complicated given the ramifications of 1) not opening schools, and consequently depriving many students of social support, school-provided supplies, sponsored meal programs, and school-provided accommodations; versus 2) reopening schools, and potentially causing an outbreak of the deadly coronavirus among commu­nities, children, families, teachers, and the broader U.S. Fortunately, according to the latest information from the Cen­ters for Disease Control and Prevention (CDC), children are at relatively low risk of experiencing severe side effects; however, they can spread the virus to others. For most states, the decision to reopen is left to local school jurisdictions and local health authorities. Only Texas, Florida, Iowa, Missouri, and Arkansas have required in-person education to be available. On the other hand, Vermont, Rhode Island, West Virginia, DC, New Mexico, and Puerto Rico have orders banning all in-person instruction. Although some schools have reported case spread, the full impacts of schools reopening has yet to be seen. We anticipate that schools that have chosen to reopen will likely switch to online if virus spread surges.

The race for a vaccine

As individuals return to school, work, and other activities this fall, the race for a vaccine becomes particularly important. On the vac­cine front, several candidates show strong potential. According to Raymond James Biotechnology Analyst Steven Seedhouse, leading vaccines are being tested from companies and institu­tions such as AstraZeneca/University of Oxford, BioNtech/Pfizer, Inovio Pharmaceuticals, Johnson & Johnson, Merck, Moderna, Novavax and Sanofi/GSK. China and Russia have granted limited approval to vaccines without conclusive results on their efficacy. The Trump Administration’s Operation Warp Speed (OWS) is the coordinated government effort one would expect in a time of crisis. OWS has funded multiple vaccine candidates and is working to ensure the U.S. has hundreds of millions of doses available in 2021. Analysis of new data on vaccines continues and it is pos­sible that an emergency use authorization (EUA), which is not the same as full approval, could be given by the Food and Drug Administration (FDA) for a vaccine prior to the end of 2020 and possibly before the election.

President Trump and his campaign team are pushing hard to get an EUA for a vaccine before election day. The FDA continues to push back against accusations that they may prematurely approve vaccines or therapeutics due to political pressure from the Trump Administration. The Trump campaign believes that getting a vaccine before the election could move undecided voters to him. One challenge is the number of people who are either skeptical of, or will refuse to get, the vaccine.

Impact on the election

COVID-19 is likely to impact the election in other ways. For example, if we see a major uptick in cases right before the election it could urge voters to want new leadership. Additionally, the logistics of voting in the COVID-19 era and the complications of potentially delayed results could have an impact. While elections can allow for social distancing in lines and in polling centers, fears and inconveniences of voting could result in only the most enthu­siastic voters showing up at the polls. Recent polling shows a majority of Republicans plan to vote in person, but a majority of Democrats plan to vote by mail. As a result, we could have one candidate’s supporters believe that their candidate has won on election night, only to find out the other candidate won once all the votes are counted. Accusations of voter fraud will likely run rampant, creating uncertainty for the markets.

The bottom line is this: COVID-19 will remain an issue until we reach herd immunity or a vaccine that is widely used arrives. The impact of the pandemic is likely to continue to impact nearly every area of our lives from educating children, to what travel we partake in, to how we chose to vote, and even the outcome of the upcoming election.

All expressions of opinion reflect the judgment of the author, and are subject to change.